Are You Implementing Video Marketing?

Recently, both sides of the digital video industry have been discussing the rise of mobile video. We all know consumers are already watching video on mobile devices. Step onto any plane or train, and you’ll see numerous people watching movies, TV shows, or user-generated video content on their tablets and phones.

We think that mobile consumer use is poised to skyrocket even further (double and triple digit growth). What will drive that growth?

First, any momentous news event, especially one that unfolds over an extended period of time, will drive mobile video consumer usage much higher. Consumers now expect news content to be available via their mobile devices, and a major news event will drive consumers to form new media habits – viewing and monitoring video news coverage via their mobile devices. Your favorite newspaper has even gone viral in order to keep you as a customer.  Are you following the marketing leader to gain more marketshare in your business? 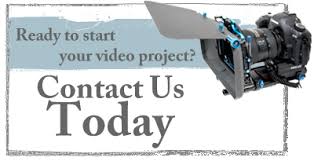 Second, we feel that a few new apps – Vine and Braindex – point the way for a future of increased mobile video consumption .

With the much-discussed Vine, Twitter may have finally figured out the “Instagram for video” challenge. While the 6-second time-limit for Vine videos may not be the right decision, and putting that question aside for the moment, with the size of Twitter’s audience and the ability for Twitter to promote Vine videos within the Twitter stream, there will be a lot of people using, viewing, and creating marketing video via Vine. In addition to Vine, Braindex is an app that reveal the potential for second-screen tablet video.

Wait a minute, let’s not forget, Facebook’s Messenger app now allows users to record a video message and share it as a Message with friends or family. With the amount of resources that Facebook is now throwing at mobile, the company is not going to sit idly by and accede the mobile video space to Twitter. Neither will Google! One of the stand-out features of Google+ has been its video Hangouts, which allow users to participate via their mobile devices. Internet Marketing Media believes Hangouts will change the way we meet, very soon.

With viewership increasing, how will digital video advertisers take advantage of that growth? Currently, many mobile video ads are following the typical online model in terms of length and format. We think that’s going to change dramatically. If someone is watching a short clip (6 seconds?) of mobile video, the mobile video advertising will have to change, too. We know that there will be a lot of experimentation to test what video ads perform best on mobile.

With the growth of digital video consumption a given, what digital video advertising do you think will work best to draw new customers to your business? Let us know in the comments.